Sylvanus Erwin, Waco citizen and father of Dr. Clyde Erwin,  represented Waco and Cleveland County in the 1893 North Carolina House of Representatives. Mr. Erwin was a long time educator in Cleveland County and he started the Normal Institute School in Waco in 1889. He lived in Waco until his death in 1916 and is buried at St. Pauls United Methodist Church Cemetery just north of Waco.

Dr. William A. Goode, a Waco physician who's father Dr. Noah A. Goode donated the property to Capernaum Baptist Church to build their church in Waco, represented Waco and Cleveland County in the 1903 North Carolina House of Representatives.  Dr. W.A. Goode died in Waco during the typhoid outbreak in 1906. He was the last physician that maintained a medical practice in the Town of Waco. He is buried at Bethel Methodist Church on Stony Point Road just south of Waco.

Floyd Patterson's talent and ambition took the boxing world by storm. He appeared out of nowhere to claim the New York Golden Gloves title in both 1951 and 1952. After his second victory, the unstoppable rookie was off to chase an Olympic medal. Seventeen-year-old Patterson made international headlines when he took the middleweight gold medal in Helsinki, Finland, at the 1952 Olympics.

Patterson was born on January 4, 1935, in Waco, North Carolina, the third of Thomas and Annabelle Patterson's eleven children. Born in poverty, Patterson wanted to rise above the hardships he had faced growing up. He began boxing while at a reform school, and had developed a unique style. He held his gloves high in front of his face and sprung forward with unexpected hooks, catching many opponents off guard. After demolishing the competition his first few years in boxing, he was sure he had found his niche.

Patterson retired from boxing in 1972 at age 37 with a professional record of 55-8-1 and 40 knockouts. After stepping out of the ring, Patterson continued his involvement in the sport and established an amateur boxing club. He was also appointed as the New York state athletic commissioner 1995, and served in that position until 1998 when he finally retired. Patterson died on May 11, 2006 in New Paltz, New York.

To this day, he is admired for his idyllic sportsmanship, and considered an exemplary role model.

Dr. Clyde A. Erwin was the son of Sylvanus and Mary Putnam Erwin and was raised in Waco, North Carolina.  He began his education at Waco School and graduated from Piedmont High School in Lawndale in 1914. In 1915-1916 he attended the University of North Carolina at Chapel Hill but was forced to return to Waco to help his mother following his fathers death. In 1916 he began his teaching career and in 1917 he became the principal of Waco School. While back home Dr. Erwin married Ms. Evelyn Miller of Waco. 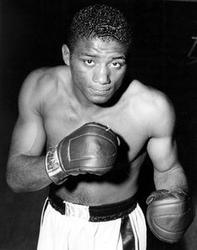 On October 24, 1934 Governor John C. B. Ehringhaus appointed Clyde Erwin to fill the position of State Superintendent of Public Instruction left vacant by the death of Dr. Arch T. Allan. He was re-elected State Superintendent of Public Instruction several times and served in that capacity until his sudden death 1952. On his watch the state textbook rental plan was established, free textbooks were provided for grades 1 through 7, and the twelfth grade was added. In addition the state supported school term was extended to nine months, the compulsory school attendance age was extended from 14 to 16, and the first state bond funds for public school construction were made available. Dr. Ervin is buried at Capernaum Cemetery.

Dr. Clyde A. Erwin died of a heart attack July 19, 1952 in Raleigh at age 55. He was the longest serving member of the Council of State, composed of elected state officers, who serve as an advisory council to the governor. Among his many, many honors was his chairmanship of the US delegation to the 13th International Conference on Public Education in Geneva in 1940. In an age that often seems to value certification more than accomplishment, it is refreshing to remember a time when certification was less important – and remember a man who with minimal certification achieved maximal accomplishment. Dr. Erwin is buried at Capernaum Cemetery. 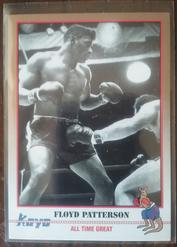 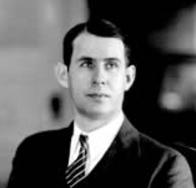 Waco Citizens have changed the world.