The original "Waco Post Office" and the "Peoples Bank of Waco." This building is one of the oldest structures in Waco and has been restored by the McNeely Family.

This building was once the Agricultural Building for Waco School. It now serves as the Town Hall. Inside you will find the Mayor and clerk's offices, the town board meeting room and a large shop and storage area. The building sits at the intersection of A.W. Black St and Dodd St. The Town Board

recently completed extensive exterior renovations to the building by replacing all the windows, adding new soffits and fascia and new guttering. 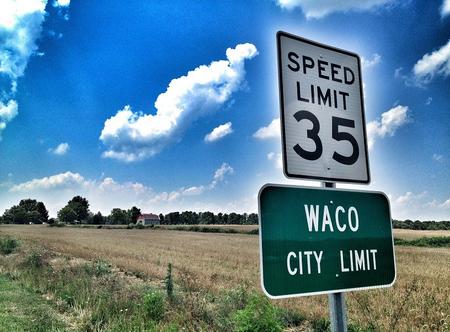 Macedonia Missionary Baptist Church sits on the site where Waco Academy opened in 1883. Waco Academy changed names several times over the years, and the building sat vacant for several years after it finally closed as a 5th and 6th grade school in 1983. The property changed hands several times before Macedonia Baptist Church purchased it and turned it into a huge campus with a growing congregation. Although renovations have been numerous, including repairs following a large damaging fire in the old classroom structure, if you look closely you will recognize the old school building. 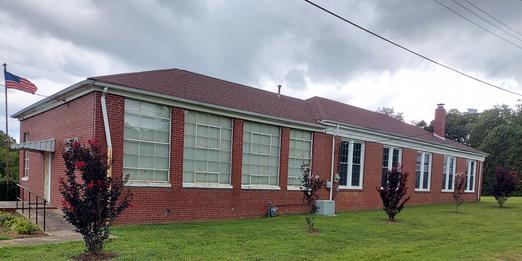 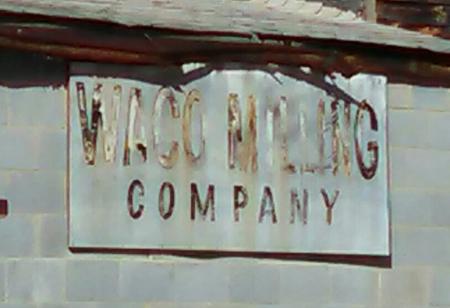 The Town Hall meeting room used by the Waco Town Board recently underwent renovations. Supplies and labor were donated in memory of former Waco Alderman John Barrett, Sr. who served 1968 - 1976. The council chairs were donated by United Technologies Corporation.

The original sign for the Waco Milling Company, still standing and located just behind the current Waco Post Office. 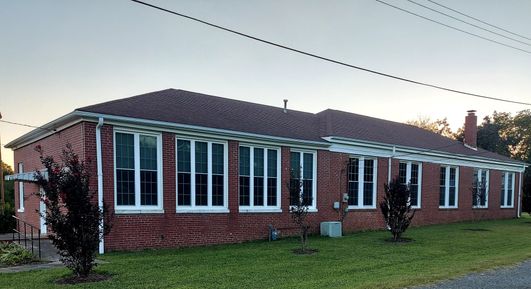 Waco Baptist Church was originally called Capernaum Church and opened in 1842 about a mile south of Waco. It was the first church established in Cleveland County. In 1887 the church elders decided to move the church to the Town of Waco to be closer to the railroad. The wooden church building was built on property obtained from local physician, Dr. Noah A. Goode, and served the congregation well for the next 50 years. In 1940 the wooden church building was razed to build a new, more modern, brick  structure which still stands today.

These are some of the sites in and around the Town of Waco, North Carolina 28169.